So in my mind I have lived in Hawaii for ten years. For some reason I refuse to acknowledge the fact that in reality it’s been maybe closer to fifteen (it’s like my age – that stopped somewhere around 25 or so). This of course seems really crazy when you consider that I have lived in the same dinky apartment in Makiki since moving to Hawaii, a part of Honolulu with a reputation for housing many college students and Micronesians. Living in the same place since moving here with the ex, then living alone and now cramming my family into this one bedroom apartment. In Hawaii there are always questions around when you are actually considered local (or maybe you never are – depends on who you ask). I remember once reading that you were local once a mango tree planted at the same time you arrived began to bear fruit. Apparently that takes about five years, so by that measuring stick, I’m in. LKY, my significant other, says that because I’m with a local guy and have a part-Hawaiian son, that makes me local. Maybe local is more of something inside of you, something that can’t be measured by various milestones.

It seems that my own measuring stick involves making the shaka, the ubiquitous hand signal apparently made popular through surf culture. It only took me almost fifteen years but just recently, I realized that I can now make a shaka without really thinking about it. For the uneducated and non-Hawaii types, the shaka is well, you know, that hand signal with the middle three fingers down and the thumb and pinky sticking out. According to

Wikipedia, we here in Hawaii use it to convey the Aloha spirit. I can buy that.

When I first moved here making the shaka was definitely not something that just happened. I really had to think about it (like remembering to buy lei for important events – I’m still not up to par on that one). And even then, where I grew up that particular hand signal meant phone or “call me”. I remember sign waving (standing on the side of the road with some political candidate, holding their signs and waving to rush hour traffic) and just not being able to return people’s honks or waves with a shaka. Making the “call me” 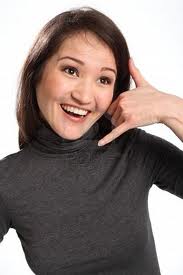 response just didn’t really make sense to me. So imagine my surprise when, while I was on vacation in NY, I realized that the shaka had become just something I do without having to think about it. It is my preferred hand signal of choice to thank someone for letting me in to traffic. I have even done it to convey an affirmative answer (without thinking- it just happens, like my hands have a mind of their own). It has taken a long time for this to happen. Much longer than growing mangoes.

So do I think I’m local? A loaded question for sure. And I don’t know the answer. In my gut, I would say no, despite the deep connection that I have for Hawaii. Maybe it will take another fifteen years. Maybe once I remember to get the lei for celebrations, when that comes naturally, maybe then. Or maybe never.

Living like the rich and famous, splitting time between Hawaii and New York.
View all posts by nematomorph →
This entry was posted in Hawaii and tagged aloha spirit, call me, local, makiki, mango tree, shaka, surf culture. Bookmark the permalink.