Posted on October 4, 2012 by nematomorph

I have a strong personality. I want to be in charge. I always think that I am right. I blame it on my mother. She got divorced when I was around twelve, and had not worked since before she had gotten married. My father was never really a dad to us so the worst part of him leaving our home was likely financial. I have no idea if my mom received alimony or child support. I don’t know if she had to pay a mortgage on the house at that point. I just know that she did not a have a lot of choices when it came to getting a job. So she started working at a fast food restaurant right at the top of our street. It was called Arthur 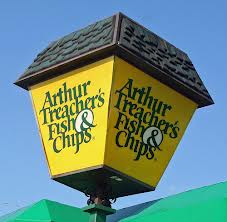 Treacher’s Fish and Chips (a quick internet search tells me that there are still 45 locations dotted around the northeast). I don’t know how long she worked there but I think it was a while.

At some point she started taking classes at the local community college for early childhood education. She could only take a couple of classes a semester because she still had to care for my sister and me. In fact, it took her so long that by the time I was ready to go to college, she was still attending. We ended up taking some classes together. We took one on the Holocaust. I told her that she was the teacher’s pet. Why?  Because she was one of those typical returning students. Completely enthusiast and overly helpful. Back in the day you had to take physical education credits in order to graduate. We ended up taking a jogging class, how funny is that? It was actually called jogging. There was one of those 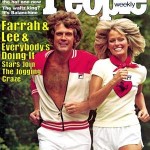 fitness trails on campus and we frequently ran around it in the woods. I remember that for the final project you could either write a paper on running or run in a race. Maybe a 5K? All I know is that by the time I crossed the finish line I felt like I was going to throw up. It was my first race. Thinking back on it, I believe that taking that class is likely why we are both runners to this day, my mom and me.

Obviously this has been a self-reflective week for me. The kind where you contemplate choices made and not made. And have more questions than answers. And wonder how to get out from under yourself.