Posted on November 1, 2020 by nematomorph

When I was very small, my mother took me with her to vote. I remember very distinctly what the voting machines looked like back in the day – giant metal closets here in NY. There was a panel of little switches on the inside with a giant lever in the front that would close the curtain to ensure privacy. I would get into that booth with my mom. I don’t remember her ever letting me flick those little levers, as much as I wanted to. I do remember her letting me move the lever on at least one occasion. It was so exciting for me. I didn’t really understand what was going on but it felt important and I was happy to be a part of it. 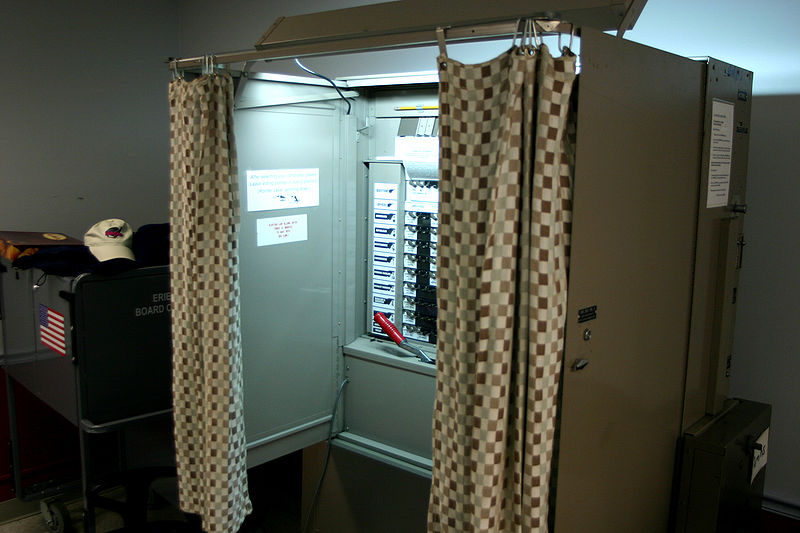 When I got old enough to vote myself, I am pretty certain that my mom and I ran (literally ran) up to my old high school together to cast my first ever vote. I was so excited. My mom would never tell who she voted for. She said that it was private and that she did not have to share. I still do not know if she voted for JFK or not. She has relaxed this rule since then.

When I worked at the Hawaii State Capitol, the State Representative that I worked for almost lost his seat to a challenger by just nine votes. I always hold this close to my heart when people say things like their vote doesn’t matter. Or it doesn’t count. I know that is not true.

During the last presidential election, I was in NY for my dad’s funeral (I voted before I went). Four years ago. I felt certain that we would have our first female president. I remember thinking that watching returns here in NY is at a much more disagreeable time of the day than when watching them in Hawaii. I was lying in the bed in my friend’s guest room and I finally just went to sleep. Pennsylvania had been lost. I woke up the next day with a sense of dread about the next four years.

I held out hope that there would be some voices of reason in the Administration but that all went completely off the rails rather quickly. I worry for the future of this planet. I don’t know what kind of place my son will have to live in. If places we have lived will become uninhabitable. If the pandemic has taught us one thing, it should be that there is no place to go. Money can’t buy you escape from globalwide situations.

My friends committed to be poll workers on Election Day. I was the last one to actually commit. Virus anxiety was to blame. I went to the training with a dozen or so people in a room where we were socially distanced but our trainer took her mask off. I came close to walking out. But the training made the job feel important. It made me feel like I was helping to hold up the scaffolding of democracy in this country. I had to be sworn in. It felt real.

Since I am a poll worker, I had to vote early. I went to our early voting site on Monday morning. I stood in line for about an hour before I made it to the building to cast my vote. I interacted with two folks doing the job that I will be doing on Tuesday. I took my ballot to one of the little privacy booths, nothing like the old school metal lockers of my youth. And I voted. I voted my heart and my soul. I voted for my son. For the future. I was so worked up about it at the time that I barely recall doing it. When I got back to my car I cried (something that I do quite frequently these days). I am borderline panicked to be indoors for many, many hours on Tuesday with every stranger in my town but it feels more than important. It feels like everything.

Living like the rich and famous, splitting time between Hawaii and New York.
View all posts by nematomorph →
This entry was posted in fear, Hawaii, New York, Parenting, running and tagged Democracy, Hawaii, pandemic, running, voting. Bookmark the permalink.